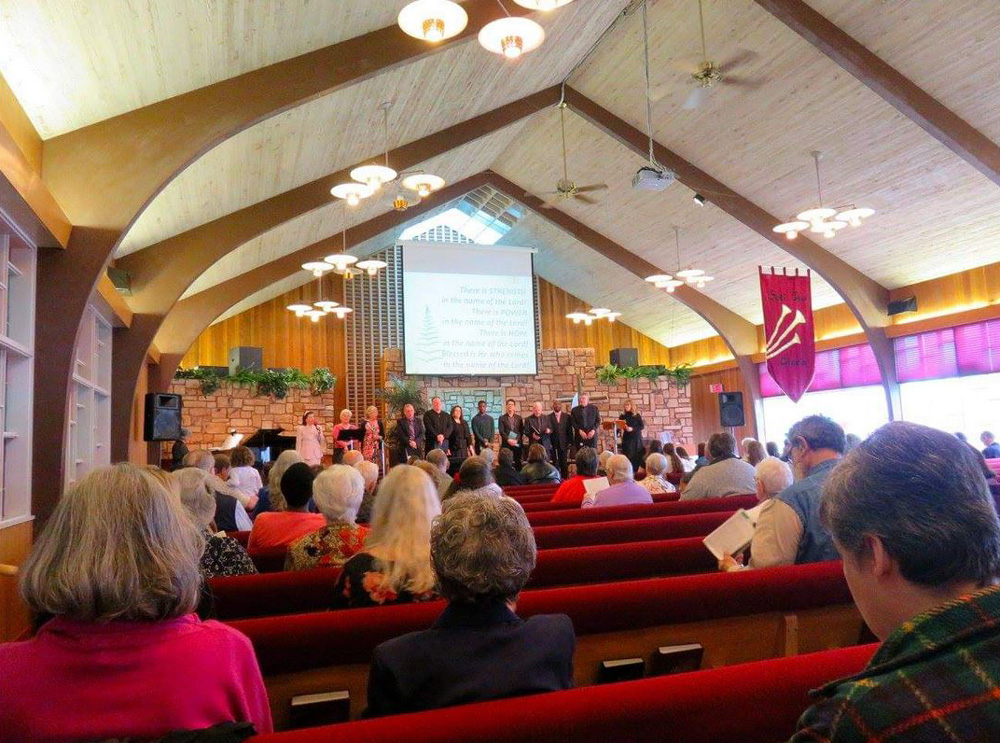 We invite listeners into a deeply personal, dynamic relationship with the risen Christ. We want people to know His love, His principles, His justice, grace, and mercy. We demand that our program providers stand firmly in support of this goal.

KGEL Radio is a supporting ministry of the global Seventh-day Adventist Church, the world’s fastest growing mainline Protestant denomination whose 25 million members accept the Bible as the only source of their beliefs. We consider our movement to be the result of the Protestant conviction “sola scriptura”— the Bible as the only standard of faith and practice for Christians. Salvation is available by Christ’s unmerited grace toward humanity through the free exercise of our faith. The Godhead (God the Father, God the Son—Jesus, and God the Holy Spirit) alone has immortality and will grant that to the redeemed at the Second Coming.

Come, get to know us better by visiting one of the local churches in our directory that supports KGEL Radio, listening to us on 92.5 FM, and clicking links all around this website. 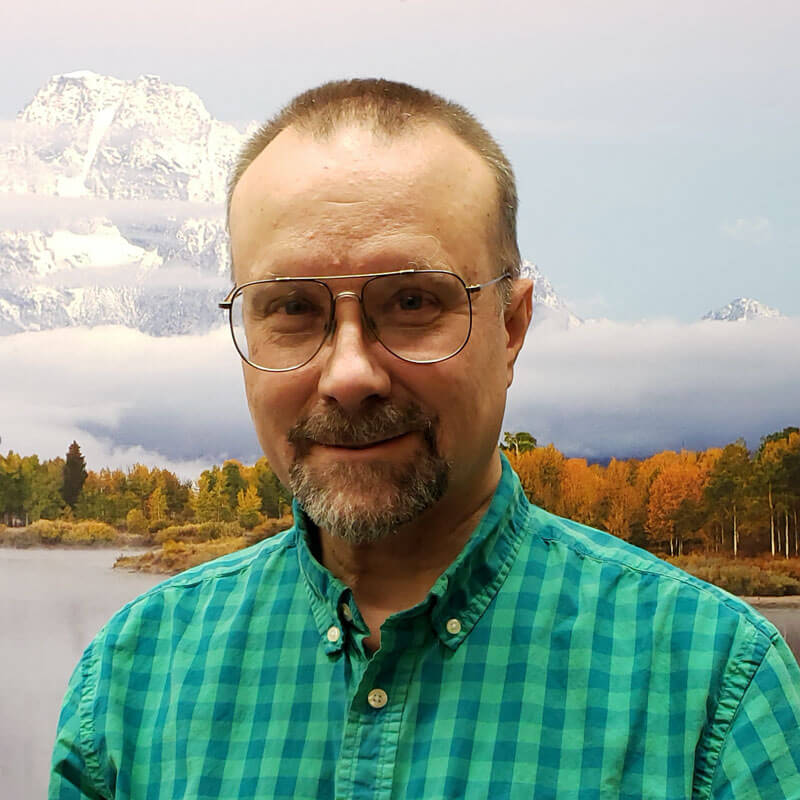 Chairman of Board
Programs Manager

As a new Christian, Bob’s wife Cathy was an avid Christian radio listener. She got him to listen to Christian radio and he became an avid listener too. Bob began dreaming about a station that was representative of his Seventh-day Adventist Christian beliefs in its program content and was mostly filled with soothing Christian music since music is his main stress reliever.

In 2008, Bob and Cathy moved from Montana, where he was working to help launch just such a station, to the Eugene-Springfield area. His dream never faded and in 2013 the FCC announced a new opportunity to submit applications for the construction of new LPFM stations nationwide.

Bob believes that radio is a great way to reach others with the good news that Jesus is coming back to take His people home. This is what keeps him going as a volunteer at KGEL Radio, where the best mix of soothing Christian music and spot-on Bible teaching are our priority. 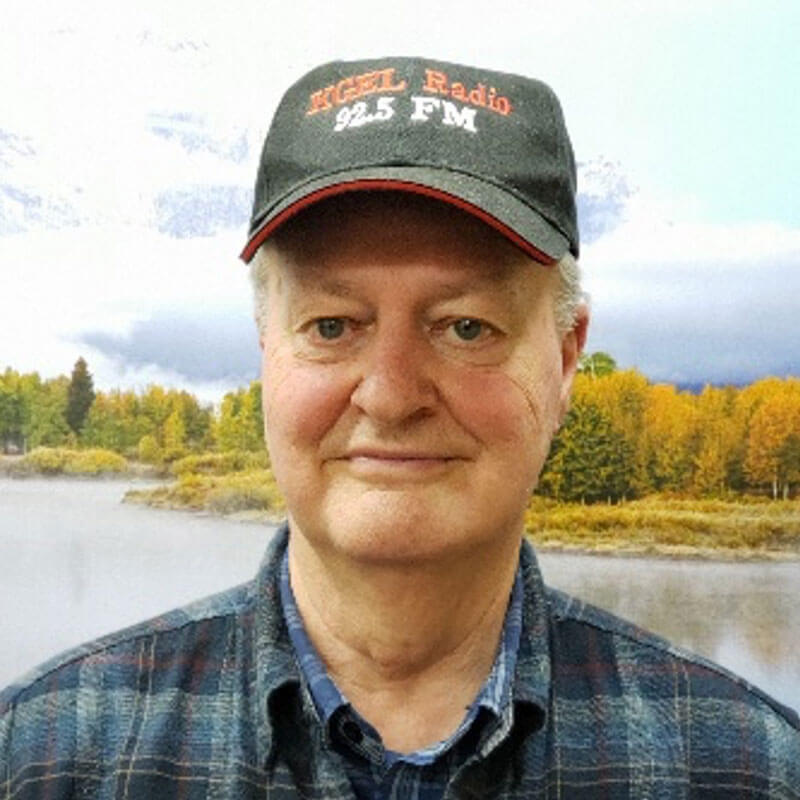 In November of 2013, Dennis Painter, retired from Tektronix Inc. of Beaverton, Oregon, after 25 years as a Service and Support Engineer in Tektronix' Computer Division, was brought on board as the technical advisor for the KGEL Radio Project.  Dennis would become the engineer, purchasing agent, FCC liaison and handle all aspects of building the radio station.  After the station build was complete, Dennis was designated as the station manager and continued with all his previous positions.  Dennis also currently serves as secretary and treasurer of the organization as the board seeks enthusiastic volunteers to help share the responsibilities.

What drives Dennis to take on so many of the responsibilities of KGEL Radio?  He believes in the mission and direct commission of his Lord Jesus when He told His disciples to “Go therefore and make disciples of all the nations, baptizing them in the name of the Father and of the Son and of the Holy Spirit, teaching them to observe all things that I have commanded you; and lo, I am with you always, even to the end of the age." Matthew 28:19-20 NKJV.  The mission of KGEL Radio is to reach the unreached with the gospel of Jesus resurrected, and what better way than through the airwaves! 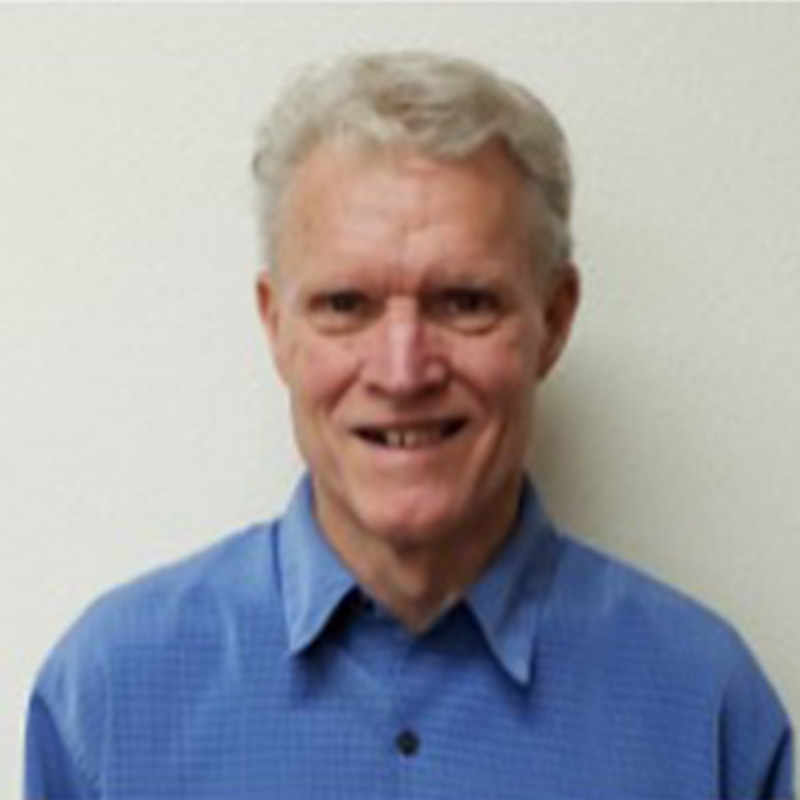 Gary has always had a love for radio.  As a boy he received a crystal radio in a wooden cigar box. He ran a wire out of his bedroom window to some nearby trees to see what stations he could get and he was able to listen to a couple of the local stations!

When talk of trying to get a radio station to share God’s love with those in the Eugene/Springfield area, Gary liked the idea and when asked to join the board, he did.  Gary states that the main reason that he joined the board was that he wanted to make sure that the radio station project succeeded.

The Lord led in many ways, from the call letters of KGEL, an acronym for Know God’s Extravagant Love, to the donation of honey that we bottled and labeled to sell, to impressing those that listen to share their funds to keep us on the air.

As you listen, Gary prays that you will learn to know that God loves you, and be blessed! 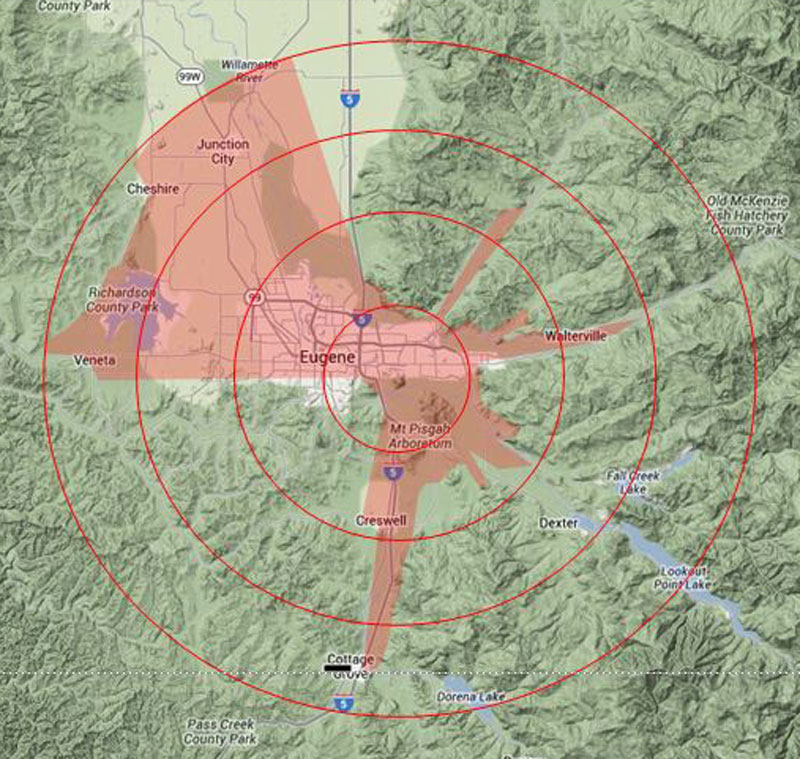 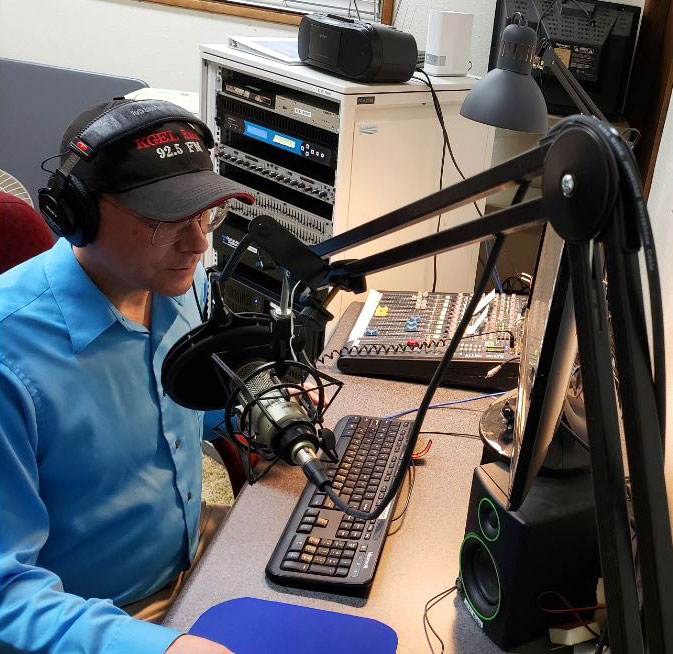 Bob Steingas moved to our area in 2008 from Missoula, Montana, where he had been a leader in the planning, construction, and eventual launch of a low power Christian FM radio station, KWLY-LP, which signed-on in 2010. This was groundbreaking, pioneering work as the first ever FCC window to construct low power FM radio stations had first opened in 2001. Low power stations broadcast with less than 100 watts of power and must be a non-commercial, non-profit, educational station.

After arriving in Eugene/Springfield, Mr. Steingas became the programs manager and chairman of the Laurelwood Academy Radio Committee (LARC) of Jasper, Oregon, which aspired to launch a low power Christian radio station for Eugene/Springfield. LARC is now known as KGEL Radio Board as of January 5th, 2021. 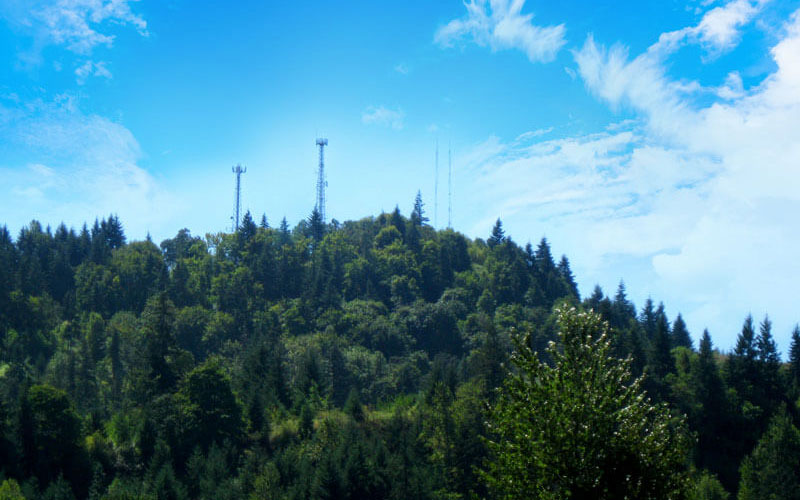 Our antenna is on the tallest tower on Quarry Hill in Springfield. 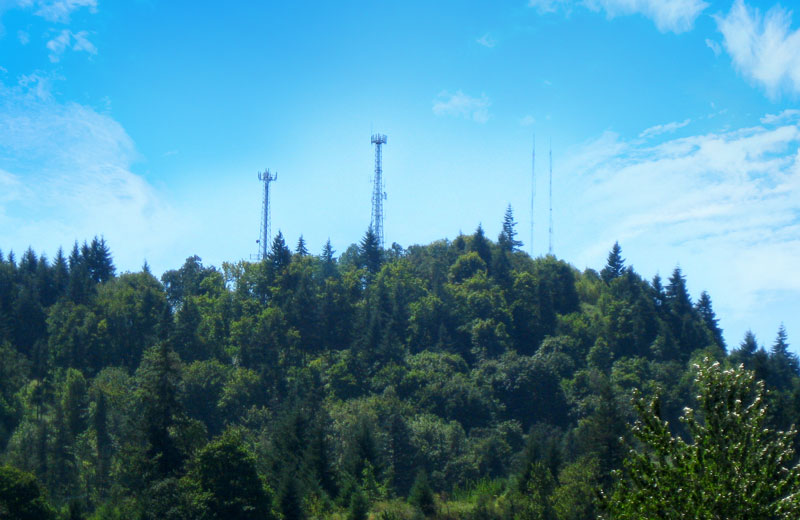 The opportunity finally came in the spring of 2013 when the FCC announced plans to open a second window from October 15 to 29 (later extended into November) to file for a low power FM radio station license. LARC decided to apply, but needed funding and technical support.

Mr. Steingas visited local Seventh-day Adventist pastors in the hoped-for listening area to gauge their support and the church boards gave their blessing. The Santa Clara Seventh-day Adventist Church in north Eugene pledged $2,000 to cover the costs of the required preliminary engineering work and to contract with Don Martin, a lawyer who specializes in FCC law and works with some of the leading Christian stations in the country. For more on this story, click here!

The application was filed the last day of the filing period with Mr. Steingas corresponding with Mr. Martin in a phone call at midnight Pacific time (3:00 a.m. for Mr. Martin) to provide last minute answers to questions. The paperwork was filed successfully, without errors, November 26, 2013.

Our antenna is on the tallest tower on Quarry Hill in Springfield. 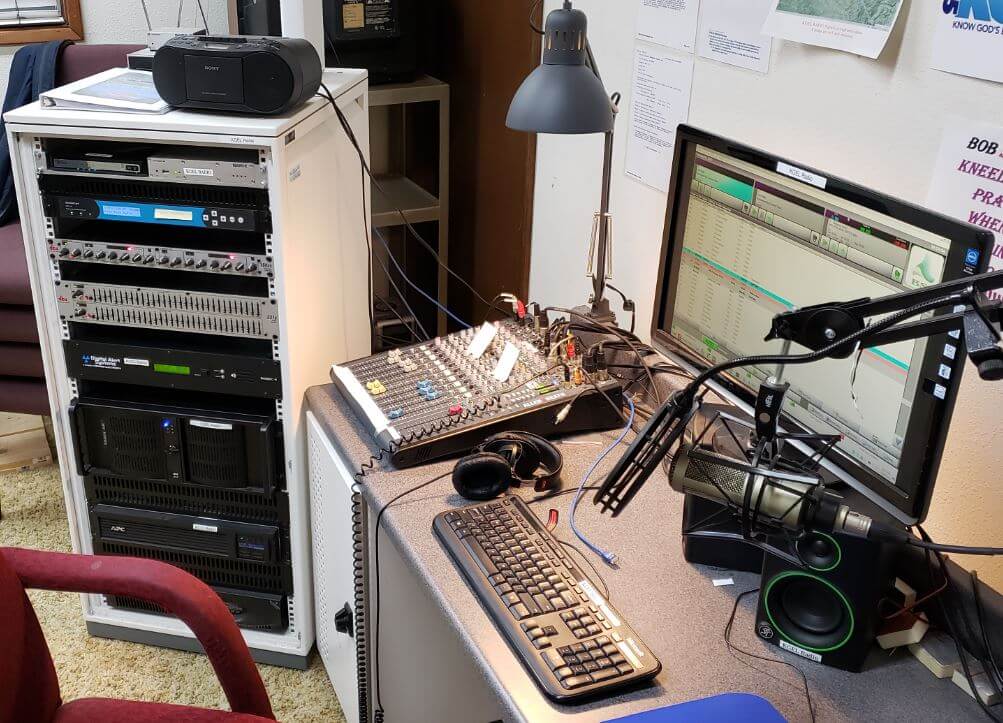 Also, in November of 2013, Dennis Painter was brought on board as the future station’s technical advisor. He served as engineer, purchasing agent, and FCC liaison, successfully handling all aspects of building the radio station. After its construction, Dennis became station manager in addition to all his other responsibilities, eventually adding the duties of secretary and treasurer of the small, all-volunteer organization to help keep it viable.

On January 22, 2014, the LARC received approval from the Oregon Secretary of State to do business as KGEL Radio and additional fundraising began. An illustration of a radio tower as a thermometer was used to show progress toward a goal of $44,000 that was reached on August 18, 2015.

Two days later, on January 24, 2014, the construction permit that allowed for the start of construction was granted. We now knew that we had a radio station!

With all the necessary elements finally in place, an informational booth was set up at “Church in the Park,” a worship convocation of area Seventh-day Adventist churches, on August 9, 2014, at the Fall Creek church, to inform local congregants and solicit their help and support. Soon after, a fundraising dinner and concert featuring the globally acclaimed Vonda Beerman and local artist Rick Syfert helped raise awareness and funds. This allowed KGEL Radio to begin buying equipment and to make other operational purchases.

On November 24, 2014 the Springfield Seventh-day Adventist church board unanimously voted to let KGEL Radio lease the upper room in the church’s fellowship hall for the KGEL Radio studio. 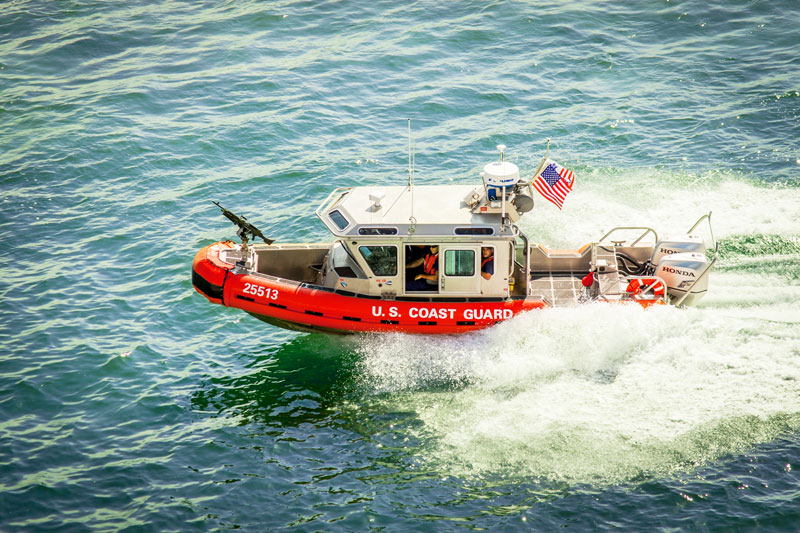 The Coast Guard Gets Involved 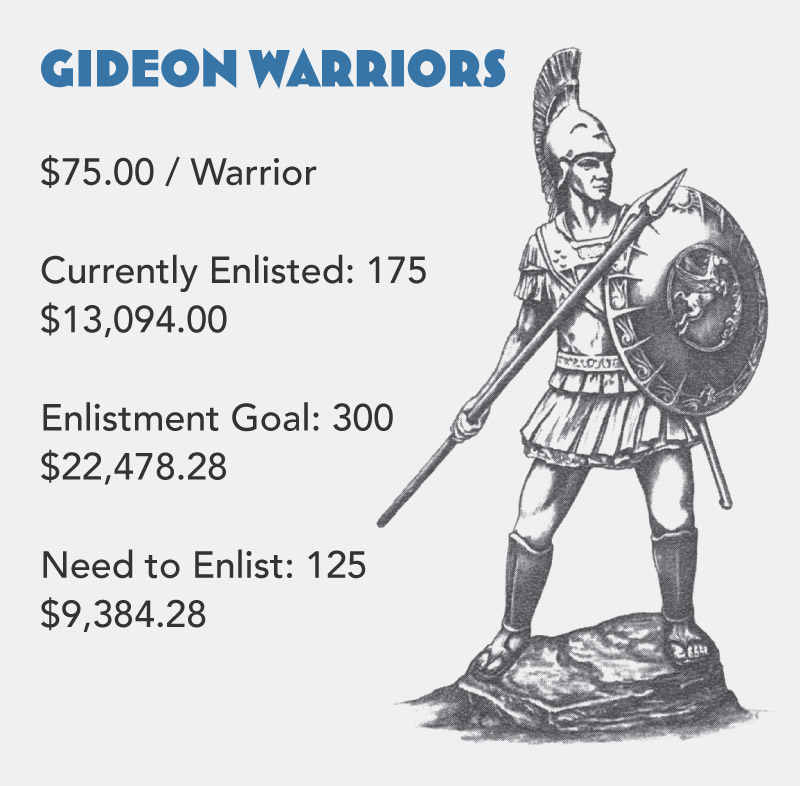 In the spring of 2015, a lady from the Eugene Seventh-day Adventist Church approached a KGEL representative at the church and told him, in her words “I want to make sure that the KGEL Radio station goes on the air.” She offered us a challenge. She said she would put up $3,000 if the area’s three largest churches, Eugene, Springfield and Santa Clara, could raise the funds to match it. The Gideon Project was born and in four months the challenge was met, enabling us to purchase the last of the necessary major station equipment and sign a contract to lease a position on the tower on Springfield’s Quarry Hill for our antenna—and a shed for onsite equipment and microwave link from the studio! 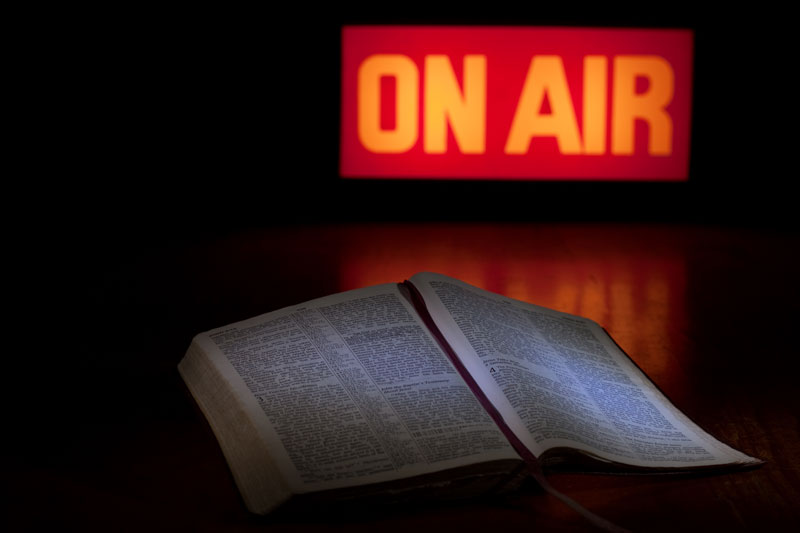 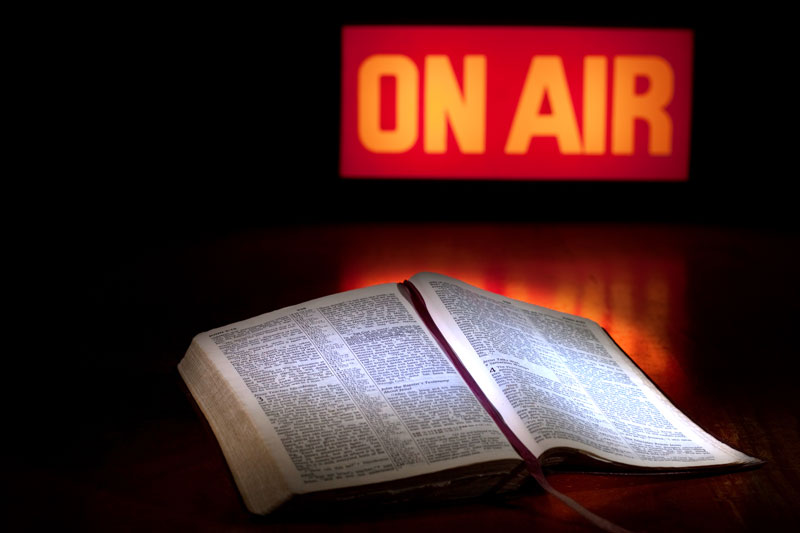 An Emergency Extension…and Then, Success!

With time running out on our 18-month construction permit (not an uncommon situation for nonprofit stations) we sought an extension from the FCC. The permit was to expire on July 24, 2015. The extension was providentially granted on July 13. The antenna and coax cable were quickly installed on the tower at the tower site and was checked and verified to be able to broadcast a signal. After the installation of all the tower and studio equipment, further transmission tests were conducted until the final broadcast license arrived. On August 31, 2015 the official license was granted by the FCC with permission to broadcast as KGEL-LP on the frequency of 92.5 on the FM radio band. We were now on the air with the area’s best mix of soothing Christian music and spot-on Bible teaching programs 24 hours a day!